NOW IN STOCK! New Rega Brio-R Amplifer Gets Thumbs Up From Tone Audio 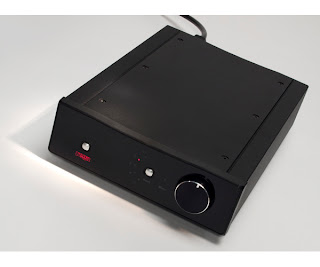 Not ever content to rest on the considerable acclaim they have earned in the audio industry, the fine blokes at Rega Research have introduced the latest evolution of the popular Brio amplifier series.

The Brio-R is smaller in stature than its predecessor but bigger in sound. At a list price of just $895, the new Brio-R is a gamechanger in the small amplifier field. It packs 49 watts of power into the half-size chassis, yet still finds room inside for a world-class phono stage.

Good Things Do Come in Small Packages
The Rega Brio-R sets the benchmark for an $1000 integrated amplifier and then some. While it’s easy for those that regularly hear the world’s best (and often most expensive) gear to get excited about great sound, it’s truly thrilling to hear this level of sound quality from an amplifier with an $895 price tag. Music lovers on a budget no longer have to sacrifice quality. This one could make a crazed audiophile out of you where you least expect it.
-Jeff Dorgay

Our good friends at Tone Audio Magazine have posted a world-exclusive first Brio-R review and you can find it here.

We now how both black and silver Brio-R models in stock.
Posted by Puretone Audio at 2:05 PM No comments: