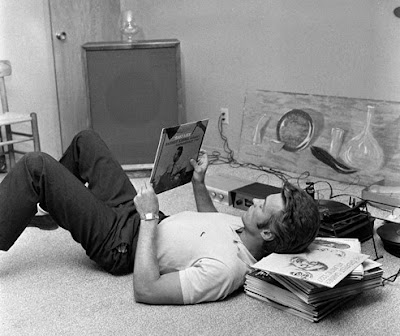 While the mainstream media continues to shovel yet another truckload of doom-and-gloom, sky-is-falling, Rome-is-burning stories perpetuated by the cartel of major record labels (which in fact haven't been record labels, but rather cash cows to be reliably milked daily by the parent companies); other people who are passionate about music and musicians are seizing the opportunity provided by the implosion of the industry's big guns.

Wilco is the latest band to strike out on its own with a bespoke label. Based in Easthampton, Mass., dBpm Records will be distributed by the equally sovereign Anti- Records group (yes, the same folks that give us Tom Waits, Neko Case and Grinderman, among others).

It's this kind of foresight that puts music back into the ears of not just the consumers, but the fans, while downsized and bombed out monolithic record companies continue to wring their hands with fright.

Of the 50 or so energetic and omnivorous people I met when I first joined the industry in the late 1980s, perhaps a handful of them are still there, either victims of downsizing or tired of beating their collective heads against the beancounters' walls. These are people who knew music inside and out and made it not only their livelihoods, but their lives from dawn til, well, dawn. Some of gone back into independent music and are finding the journey and lack of red tape much more gratifying while other still love music, but hate the business.

Personally, I think it's a great time to be involved in the record industry. More music is available and accessible than ever before thanks to places like like Last.fm, and much of it continuing to evolve into higher and higher quality formats, along with the "resurgence" of vinyl.

Wilco has put their own money into the till with the highly successful Solid Sound Festival at MassMOCA, which will return this summer.

So while the equally monolithic and endangered New York Times continues to pander to the record industry (yes, those same insightful people that brought us the sue-your-consumers RIAA) and its ridiculous PR claims about downloading threatening the viability of over-leveraged hedge fund wagers like EMI Records, the music itself flows on like a river, finding new and organic outlets that are better and stronger than before.

Maybe it's time for me to pick up the fiddle again, eh?
Posted by Puretone Audio at 10:39 AM