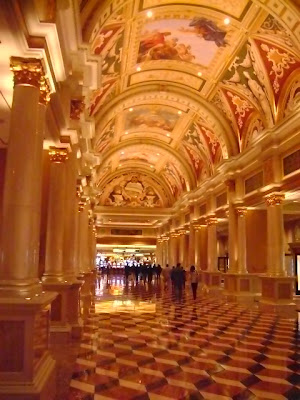 Over the top? That's Vegas in a nutshell.

Yes, that's also a wholehearted recommendation to douse one's self with hand-sanitizer while attending CES. Cambridge Audio showed a new iPOD/iPAD dock that extracts using Apple's pure digital stream to bypass internal DACs to the DAC of your choice at the ridiculously low price of $299. As digital audio increases in popularity, economics of scale will rule the marketplace, with bargains like this becoming more common. Anticipated release date for the US/North America is March, with a matching DAC to follow later in the year. Whew. The warm glow of Cary Audio's CAD 211 Founder's Series twin monoblocks drew me in like a bug to a zapper.

All jokes aside, seriously some of the best sound I've ever heard come out of tube power. An interesting design with a pair of 300Bs as power tubes and a pair of giant 845s in the output stage, providing the best of SET, Class A, Class B and Class A/B designs pushing to 150 watts in class B, 110 watts per channel in Class A/B, and 70 watts per channel in Class A in a zero-feedback configuration. Also worth noting, the special edition Jaguar Anthracite finish on the chassis. Fantastic imaging and soundstaging, dynamics to die for, stellar bass punch...and all in all, a gorgeous package. If my notes are correct, not as expensive as one might think. I believe they said $20,000/pair, with the entire system I heard at right around $65,000. 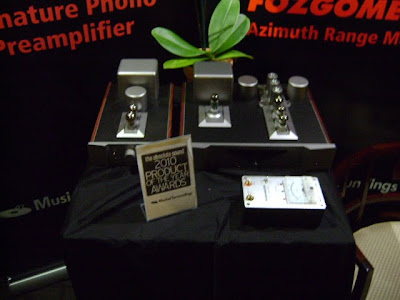 Why it's our favorite Fosgate Signature products, with a new friend. On top right we have the tried and true Fosgate Signature Phono Stage, a tube rollers' delight. On the bottom, the Fozgometer, and the new item is a forthcoming Fosgate Signature Headphone amp slated for debut in just a few months - the anticipated price point is right around $1000... 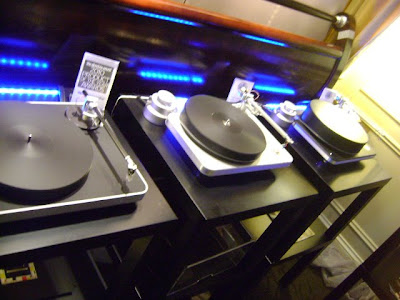 The more conventional side of the Clearaudio turntable line. Fantastic build quality, superb sonics. Also got a chance to audition a new Benz Micro cart that is at a perfect $600 price point. 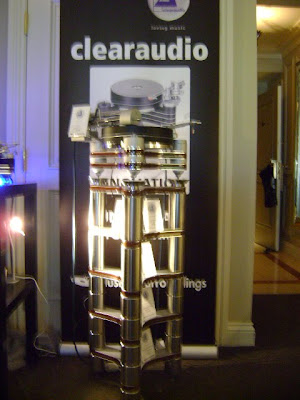 The Clearaudio Statement turntable. Sorry it is a bit blurry, but all of the chrome reflections threw off my focus shooting in low-light settings. A serious piece of audio kit, wouldn't want to have to carry it up the stairs, but if you could afford this, you can probably afford someone to carry it for you. 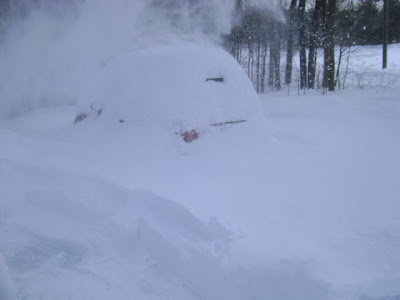 TWO FEET of snow is what I was fortunate to return to; somewhere under that pile is my Mini Cooper S. It's a good thing the antenna was still visible, like a periscope.

In Vegas people were running around in Ugg boots, parkas, hats and scarves when it was in the 50s...this how the rest of us live.
Posted by Puretone Audio at 10:29 AM