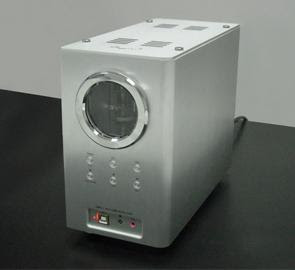 from The Computer Audiophile

Wow, what a great sounding audio component! I could end this review here, and be satisfied that some readers might get the idea in their heads to give it a try, but for the majority of jaded audiophiles out there that adhere to the notion that something that costs more will always sound better, let me elaborate on why I think many seasoned audiophiles would find Cayin’s iDAC-1 a final purchase.

First off, though, let me tell you that after I had decided that I wanted to give the Cayin a try, I found only one dealer in the whole USA that had this DAC in stock at the time I was looking; all of the others that responded to my inquiry told me that they would have to order it from the importer and then ship it on to me. That would normally send up a red flag for me, but I recall that I had experienced similar situations back in 1999 when I decided that I wanted to try SACD. My local Marantz dealer said that there just wasn’t enough interest in the SACD format for him to carry their players, but that he would special order one for me.

If you are an avid audiophile, the Cayin name will be familiar to you, but if it’s not, Cayin is one of the few Chinese-made brands that have made it to prestige status among the cognoscenti, primarily for their well-made and beautiful range of amplifiers and preamps. In fact, two of my long-time audio buddies have had Cayin products in their systems at one time or another, and this kind of endorsement was just what I needed to settle it for me. I ordered my iDAC-1 from the dealer who had it in stock and it arrived in just two days.

READ the rest of the review here

Affectionately known here at Puretone Audio as "the washing machine", the Cayin iDac is in stock and available with FREE FEDEX GROUND SHIPPING for just $795.00
Posted by Puretone Audio at 5:53 PM No comments:

(from The Litchfield County Times)

Three music lovers who were running their businesses separately for years have joined forces on Route 202 in Litchfield, and their combined efforts are quickly becoming a destination in town.

Joe DiBlasi, owner of Litchfield Piano Works, Scott Johnson, owner of Big Johnsons Guitars and ABC Music School, and Phoenix Records owner Karl Uberbacher are all happily living under one roof. Mr. Johnson, whose business was formerly located in Torrington, moved into Mr. DiBlasi's building in February, followed by Mr. Uberbacher in early April. Phoenix Records, which was formerly located in the Litchfield Commons, has a sister store in Waterbury, a business Mr. Uberbacher has owned for a decade that features LP records, CDs and stereo systems, including turntables and speakers.

Mr. DiBlasi, who owns the building, started his career as a piano repairman and professional tuner in 2003. He moved into part of the building in 2004, starting with four pianos. Today, there are more than 80 pianos in the expanded showroom adjacent to Big Johnson Guitars and the ABC Music School. He is also the top piano dealer in Connecticut.

It was Mr. DiBlasi's dream to have a music center like this one, where people could come for tutoring, advice and instruments. "I started working on Scotty about five months ago, getting him to think about coming here," said the enthusiastic Mr. DiBlasi, leading visitors on a tour of the newly-renovated building with a huge smile on his face. "As soon as he came in here, he picked up so many students. A lot of the students who were [attending the Litchfield Music School, the previous tenant], came back when Scotty opened."

"I feel so proud now," he added. "When people come in and they want a guitar, or they have questions, I say, 'Go see my friend Scotty.' It's just a natural progression to have us all together here. They're doing a wonderful job in the music store and the school ... and the record store is doing great."

The successful piano salesman still tunes his favorite instrument-he's the tuner for the Warner Theatre in Torrington and the Palace Theater in Waterbury, preparing pianos for the likes of BB King, Natalie Cole, Tony Bennett and Bobby Vinton before they take the stage. At Litchfield Piano Works, he sells pianos ranging in price from $1,200 to $50,000, as well as digital keyboards for various levels of skill. Among the brands he sells are Young Chang, Bosendorfer, Weber, Albert Weber and Schimmel, a handmade collection from Germany. The showroom is filled with the magnificent pianos, their keyboards gleaming, the benches inviting customers to sit and play.

"Every time I sold a piano, I bought two more," Mr. DiBlasi said. "That's how I built the inventory."

Mr. Johnson, a longtime guitar player whose favorite instrument is a vintage Gibson, hired Andrew Jamieson of Harwinton to run the music school. Both businesses are growing in popularity by the day. "Almost as soon as we opened, a lot of the students came back," Mr. Jamieson said. "We've probably got about 70 now."
"It's a nice place. The building is great. We had to do a lot of work and a lot of cleaning," Mr. Johnson said. "When we were in Torrington, our biggest concern was that we wanted to have enough space to grow our business. We can do that here."

Once the store was set up with an impressive display of name-brand used and new acoustic and electric guitars, as well as supplies, amps and other equipment, the partners set to work gutting and renovating the rear of the building and installing soundproof lesson rooms for students. The area is clean and bright, offering spaces for piano and guitar, mandolin and banjo lessons, as well as drum and vocal lessons. Band instrument lessons will be offered starting this summer. Professional pianists teach keyboards, and several of Mr. DiBlasi's pianos are part of the music school's repertoire of instruments available to the students. "All the music teachers have bachelor's degrees in their field of study," Mr. DiBlasi said. "Students can play on grand pianos for their lessons."

"All our students get 10 percent off on their supplies, too," Mr. Johnson said. "I also deal in vintage, new and used guitars, and I carry about 12 brands, and we do repairs on site. Basically, anything anyone wants in the musical realm, I can get it or I have access to it."

"We're all about the customer," he added. "We're not pushy. It's a laid back, relaxed atmosphere here. Customers really like that."

If they walk down a short hallway to the rear of the building, customers will find Phoenix Records in its new home. "What you're looking at is a renovated garage. That's what it was, three weeks ago," Mr. Uberbacher said with a laugh. "It's got lots of space and there's plenty of light from the back. I'm getting used to not having an office, but there are lots of things I can do in here."

Most of his inventory is LP records, or "vinyl" as the old-fashioned discs are sometimes called by collectors. Mr. Uberbacher has witnessed a renaissance of the LP in recent years, as well as the reinvention of turntable stereo systems. He sells a high quality line of equipment, and some of the better turntables are on display inside the store. His LP collection is varied and fun to peruse, with a bit of everything-rock, jazz, punk and blues, and everything in between. Mr. Uberbacher's Web sites, Puretoneaudio.com and phoenixrecords on ebay.com, are where customers can learn more about his sound systems, record trade-ins and donations. He is a longtime collector himself.

"I'd say the LP sales have increased by 40 percent in the past year or so. They're definitely making a comeback," Mr. Uberbacher said. "It's just better quality music. CDs were never meant to replace albums. They were made to replace tapes, and people don't realize the quality of the music they're missing by not hearing music on a record album."

He is also happy in his new home, and said the place is "energizing."
"Just being able to play music on a turntable, in a nice space with like-minded people like Scott and Joe, it's has made a real difference for me," Mr. Uberbacher said, adding that the last two years in the Litchfield Commons were "difficult."
"It's just a good feeling here," he added. "I feel like I'm finally starting to relax."

©Litchfield County Times 2008
Posted by Puretone Audio at 8:16 AM No comments: